The Most Frequently Asked Questions 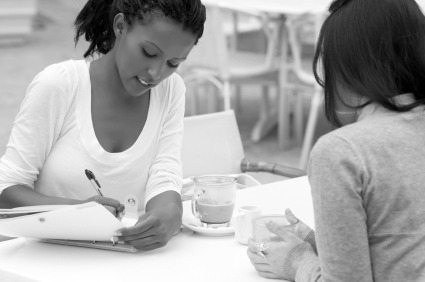 I get a lot of messages…and a lot of questions. Here’s the most common and frequently asked…please get in touch and ask anything more you’d like to know.

[su_spoiler title=”How did you get started…Who brought it up?” style=”fancy”] We came to hotwifing via swinging…well we weren’t actually swinging but we were talking about it as something that might be fun to try…one day. The conversations were usually short and light, it was a far off fantasy since we had little kids at home and almost zero personal time. The appeal of having some adult fun after 7 years of having and raising kids was too strong to ignore. As much as we wanted to jump in and start swinging from the chandeliers we realized, pretty quickly, that it just wouldn’t work for us to both be out having fun at the same time. One of us is always home with the kids and they’re not all doing the sleepover thing just yet so that left us with keeping it a fantasy and something to look forward to when we had the time for it. After a few weeks (maybe 3) my husband mentioned that since we can’t ‘play’ together he still wanted to explore opening up our marriage to some degree. He had always wanted to see me with another man and he wanted to explore the hotwife kink. Once the dust settled from that revelation I started to consider the possibility…then we researched it non-stop for the next few days. We read everything we could find about hotwifing but it was terrible and mostly cuckold related. We decided that if we were going to try it we would just take bits and pieces of what others were doing, mix it with what we wanted and hope for the best. We started to explore the fantasy at home and in bed before we considered actually indulging in the kink with anyone else. We talked, fucked and planned for weeks before reaching out to anyone to meet in real life. We questioned each others motives and expectations before progressing. We talked and fucked and did little else. I agreed to give this fantasy a try and since then it’s been a roller coaster of new experiences and emotions. [/su_spoiler]
[su_spoiler title=”Do your friends and/or family know?” style=”fancy”] My friends and family know very little about our sex life in general and being a hotwife isn’t something that we advertise to them so I guess it’s a no. We decided to tell my best friend a few weeks after my first experience and I’ve never once regretted that decision. It’s been great to have someone for us to tell about our adventures and get her advice and/or reactions. I’m still friends with the folks I went to high school with so I’ve known them far too long to include them or consider them as guys I’d indulge this kink with. For some people the familiarity and comfort is a plus and exactly what they want in a third, for me I’ve grown up with these people and they’re more like annoying brothers than potential lovers so we don’t cross that social line. As far as family, like I said it’s not something I advertise but if they found out I’d be ok with it (in an embarrassed kind of way). [/su_spoiler]
[su_spoiler title=”Does your husband watch and/or join in?” style=”fancy”] My husband doesn’t join in on my dates (yet…see first question)…but I’d love for him to join in. As far as watching he doesn’t do that either. We enjoy pics and videos so that if he wants he can watch and see what I was up to on my ‘date’. [/su_spoiler]

[su_spoiler title=”Where do you find guys?” style=”fancy”] The grocery store, the library….not really. We use AdultFriendFinder.com to meet new people. We’ve tried most dating sites in varying degrees but aff has consistently delivered amazing guys so we’re sticking with it. We’ve also used reddit and some some subs there to find men who are into the hotwife fantasy and want to participate.

Here’s the link to AFF if you’re ready/interested in finding guys/couples to ‘play’ with:

The rules change, frequently. They change depending on the person, the situation, the time of year, etc. We have levels (tiers?) of rules. Overall is to always play safe, have fun and make each experience worth it.  Most of our rules are surrounding safety so no bondage, no being tied up with someone we don’t know and trust, no D/s play and things along those lines. A text or phone call is a rule when meeting someone new so that my husband knows I’m ok and safe. No pet names, no reserving sexual acts only for a FWB, no lingerie only for a FWB, etc. Of course there’s also no hiding, sneaking or lying about meeting/communication with a FWB. Initially we had a list of rules and even though it wasn’t rigid the list was extensive and over time we’ve let rules and guidelines fall by the wayside as we’ve gotten more comfortable. My husband trusts me to make in the moment decisions and we both expect that rules can bend and break from time to time. There’s still consequences but as long as everyone is still safe we can deal with the things that happen in the heat of the moment on a case by case basis. [/su_spoiler][su_spoiler title=”How many guys have you met/slept with?” style=”fancy”] I never say how many because numbers don’t really matter. I will say that I’ve slept with every person I’ve met up with so far; I don’t get to the meeting you stage unless I’m quite confident that I want to be intimate.[/su_spoiler][su_spoiler title=”A/S/L?…more like height, bra size, ethnicity?  I’ve been asked enough so here’s the stats:” style=”fancy”]

We have been happily married for almost a decade 🙂

Check out the About Us for more and keep submitting questions and I’ll answer and post them here. 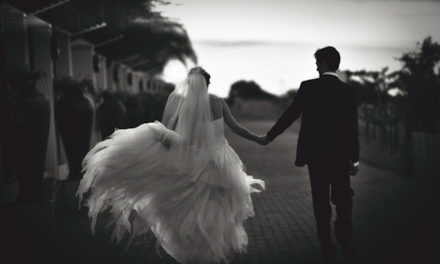 A little bit about us…